The following two pictures were captured in Lommedalen, Norway, back in 2007-2008, but I did not process them before last week.  It has taken some learning and practice to get them right.  The first photo shows is a view of the Oslo fjord just after sunset. 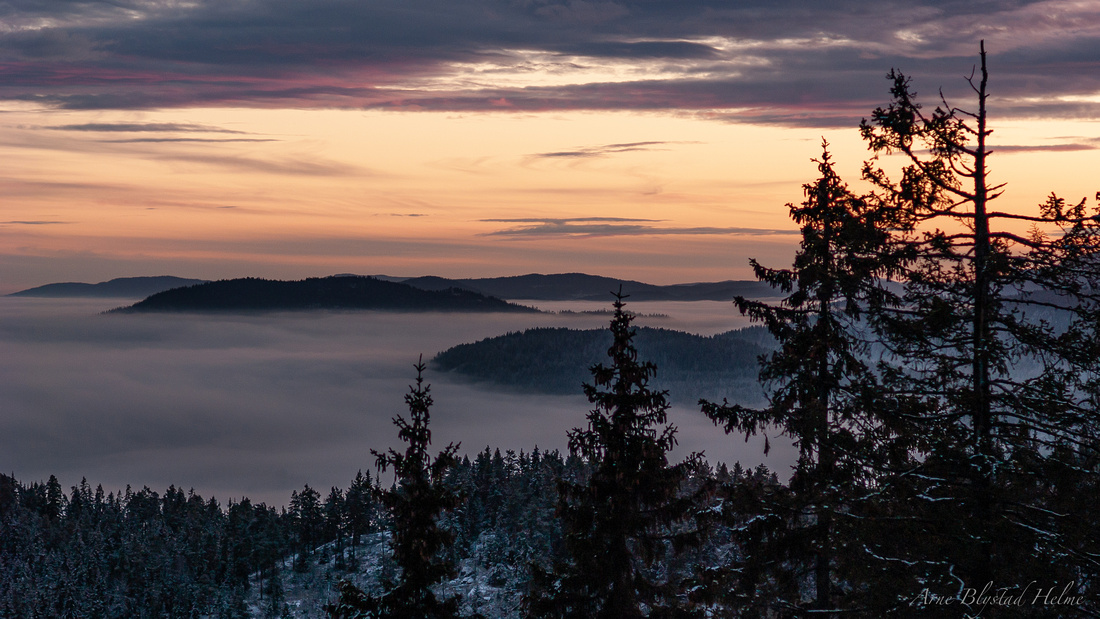 This photo was captured early in the morning through the window and shows a beautiful sunrise over Lommedalen. It was still rather dark outside so I decided to reflect that in the photo by not increasing the highlights in the lower part of the photo too much. 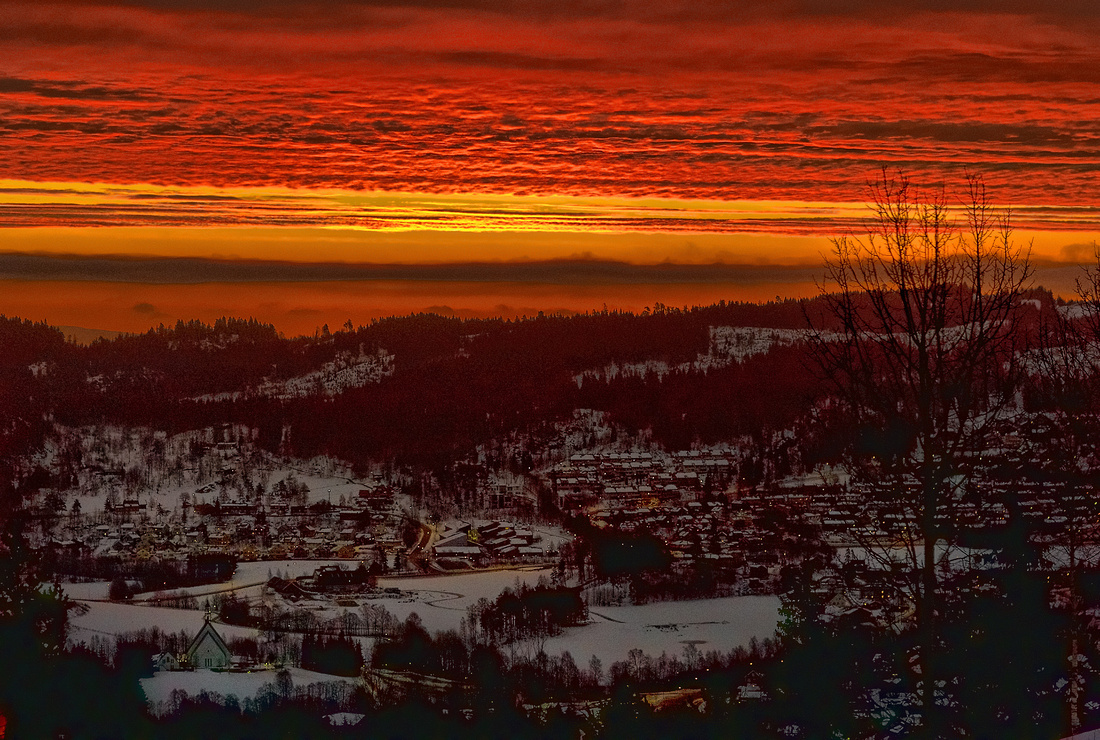