Few lenses have been surrounded with more mystique than the Leica Noctilux. Since the first version was released in the late sixties and until now it has been a lens most Leica photographers have wanted to own and use. Highly priced, difficult to find for anything other than close to new price, the Noctilux remains a true gem of the Leica lens series.  I'll not discuss the lenses or their history in this blog entry.  Instead I suggest you read Thorsten von Overgaard's excellent information about the Noctiluxes: http://overgaard.dk/leica-50mm-Noctilux-M-ASPH-f-095.html.

In the past I used to own both the original f/1.0 lens and the f/0.95 Noctilux lenses.  As interests come and go I decided to sell these lenses in order to invest in other/new lenses.  At the time I deciced to part with the original f/1.0 lens my decision was to let it go in order to get the Summilux 75mm instead.  Those of you who know me are aware of my obsession and fascination with the 75mm Summilux.  It too, renders scenes close no no other lens I know of.

Back in 2009 I was fortunate enough to pick up the first Noctilux f/0.95 to be delivered in Norway: http://www.l-camera-forum.com/leica-forum/customer-forum/88324-first-noctilux-f0-95-norway-sample.html. The day I heard the first rumours about a new Noctilux I immediately pre-ordered it from the Norwegian importer.  When I got the lens it took almost 6 months before the second lens was delivered in Norway. At the time I had the Leica M8 camera, and the first year with the Noctilux f/0.95 was therefore limited to the 1.33x crop factor of this camera.  It enable me to use the Noctilus as a short tele lens until I decided to sell it because it was not aligned to the rangefiner in my M8.

The handling of the lens is excellent. The focus ring on my lens is smooth but firm. I agree with others that the lens balances quite well on the Leica M cameras.  It is, of course, heavy, and I had forgotten how large the lens actually is!

Below are some sample photos that I made this weekend using the Noctilux f/0.95 lens using the Leica M 240 camera: And here moving in in for a close-up of the statue: Overcast weather and rain in the air helped me capture many photos where the Noctilux could shine at f/0.95.  Below is a snapshot I took on my way to the shop while streetwalking: 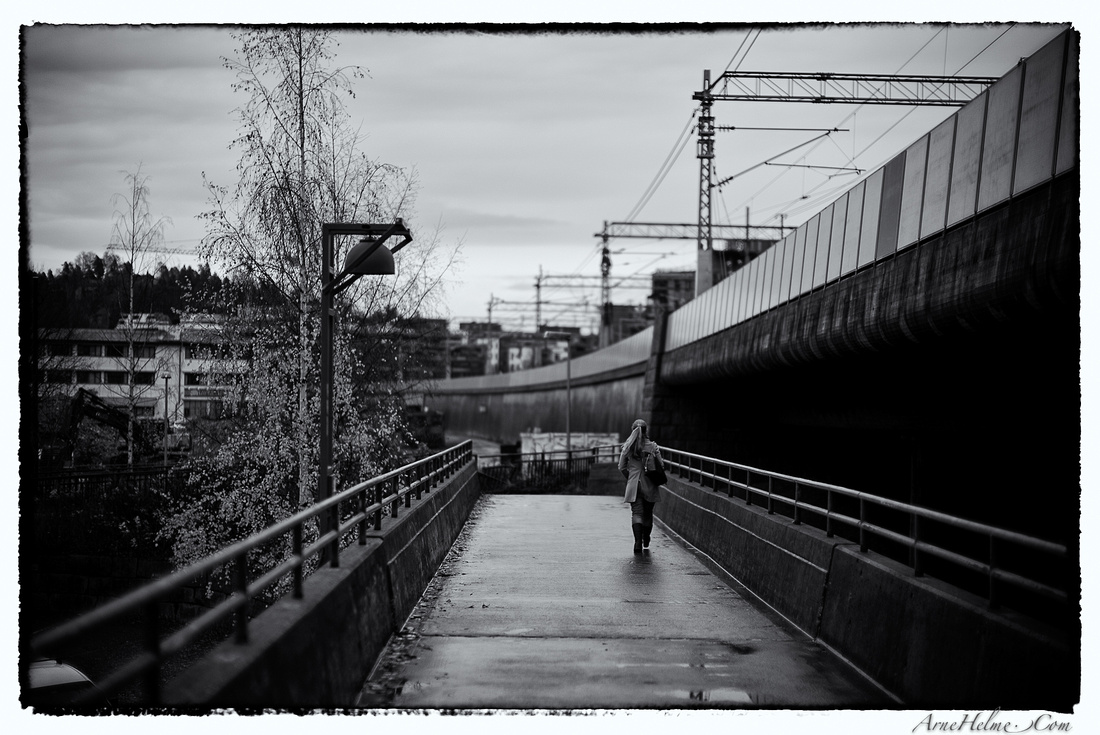 A few hundred meters from my home I came across the scene illustrated in the photo below.  I shot it at f/0.95, and I am amazed by the level of detail the lens can show at its widest aperture:

Below are two sample photos that I made using the Noct wide open using my M8.2 back in 2010. The uploaded images do not by far show the potential of the lens but they hint at what you can expect. Luckily, the lens I got was a perfect match to my M8.2 - the focus was spot on: And the "Damien" portrait of my son Bjarne on one of his very gloomy days: 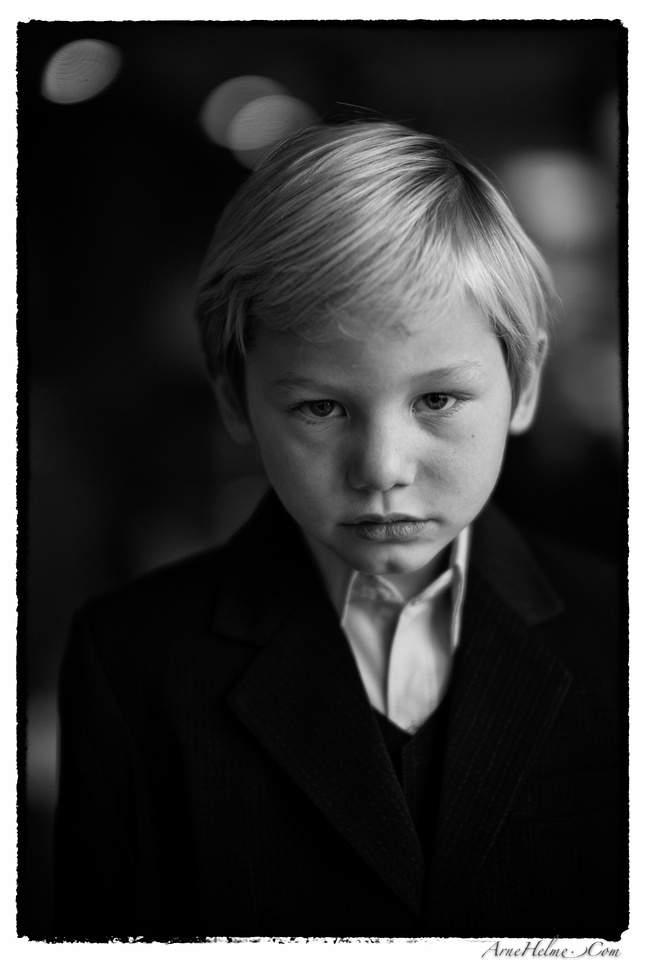 Below is a photo I took of my ex wife, Cindy, with the original Noctilux f/1.0 lens using the Leica M6 camera back in 1997:

Looking back, and seeing what can now be achieved using the  Leica M 240 and the new Noctilux f/0.95 lens one cannot but admire the amount of progress that has taken place.