The Monet bridge in Sandvika

Hidden away in Sandvika, Norway, lies a old iron cast bridge serving as a landmark of past history.  I walk past the bridge every day on my way to the local train station.   Forgotten by many, this bridge once serves as inspiration for a famous painter, and its history also inspired me to write this blog entry about it, and its surroundings in Sandvika today. 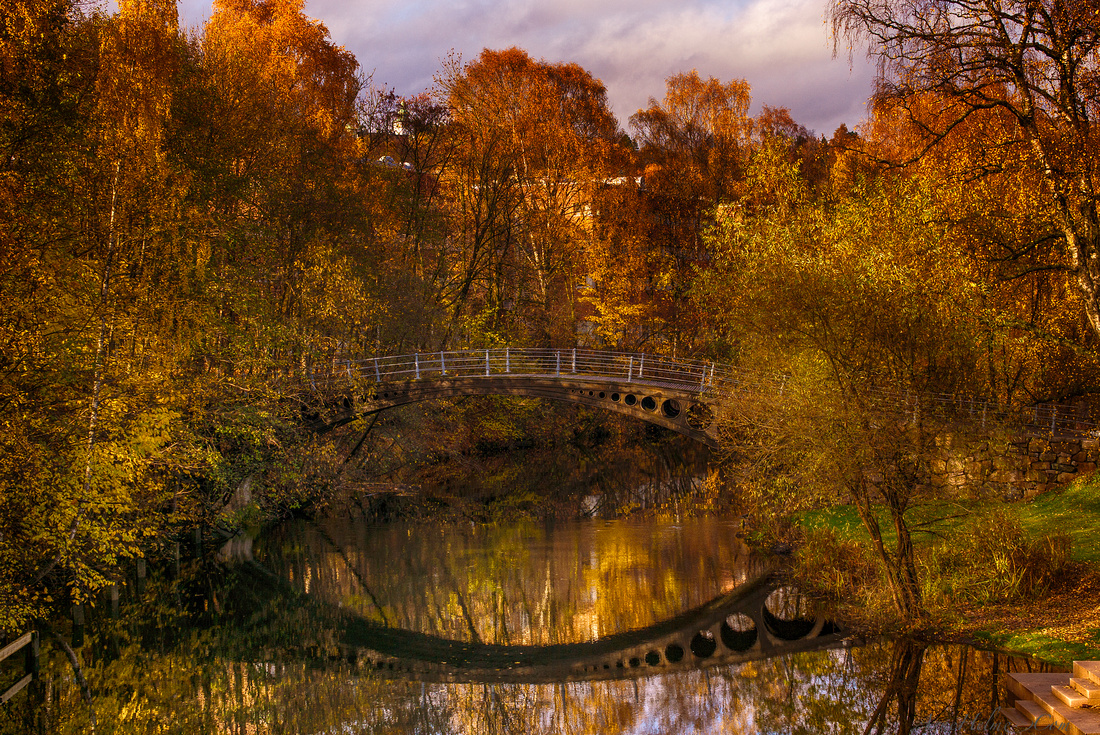 In Sandvika, the bridge is known as the Monet bridge and named after Claude Monet (1840-1926), the founder of French impressionist painting. Claude Monet painted "Sandviken Village in the Snow" while he visited the small village at the sea just outside of Christiania (now known as Oslo, the capitol of Norway) back in 1895. Monet's painting of the bridge is illustrated below (courtesy of Wikipedia Commons):

The house to the lower right in Monet's painting was recently restored, and can now be rented for special occasions, wedding ceremonies and so forth (see reference at the end of the blog entry). A few other remaining old buildings can be seen in the area, but most of Sandvika has changed in such a way that little of the atmosphere shown in Monet's painting remains:

Inspired by Monet I decided to recreate a digital age impressionist version of the original scene painted by Monet with the current bridge and the house from the original painting:

The photo below shows the old Monet bridge and its surroundings today. Recreational area with playground I have never seen in use:

Although quite some effort has gone into preserving the bridge, it is hard to overlook the modern industrial surroundings:

The bridge is still in use by many people in Sandvika.  It is now part of the local infrastructure for pedestrians and bicyclists:

A few years back DN, one of the Norwegian financial newspapers, contained an article called: "Deaths in the shadow of modern shopping malls" (see link at the bottom of the blog entry), or "Monet for nothing!", freely after the 80s song by Dire Straits. The article covered the implications of building one of Scandinavia's largest shopping malls in a small village, and the consequences for the local community. The key observation in the article is that the local environment is dying as most activities are now found inside the large shopping mall that covers a large portion of the central area in Sandvika.  The process is illustrated elegantly by the authors using the invasive Iberia slug as an example. Just like the slug eats everything in its surroundings and leaves a lifeless environment behind, the introduction of large shopping malls does the same to small villages.

Below is a photo of a new bridge next to the railroad and across the highway that is also passing through Sandvika. The phot is shot just a few hundred meters from the Monet bridge.  According to the new national transportation plan the highway will be placed in a tunnel under Sandvika during the next 5-10 years, but the rail road will remain.

I guess my personal take on Sandvika and its Monet heritage is that the convenience of the infrastructure surrounding the village outweighs the lack of aesthetic in the local community. In Sandvika, there's always a train departing for Oslo, or it is just a few minutes away.  The beautiful Kalvøya island and the sea side attracts people from all over the Bærum county on sunny days summer and winter.  The photo below was shot on Kalvøya earlier this fall: 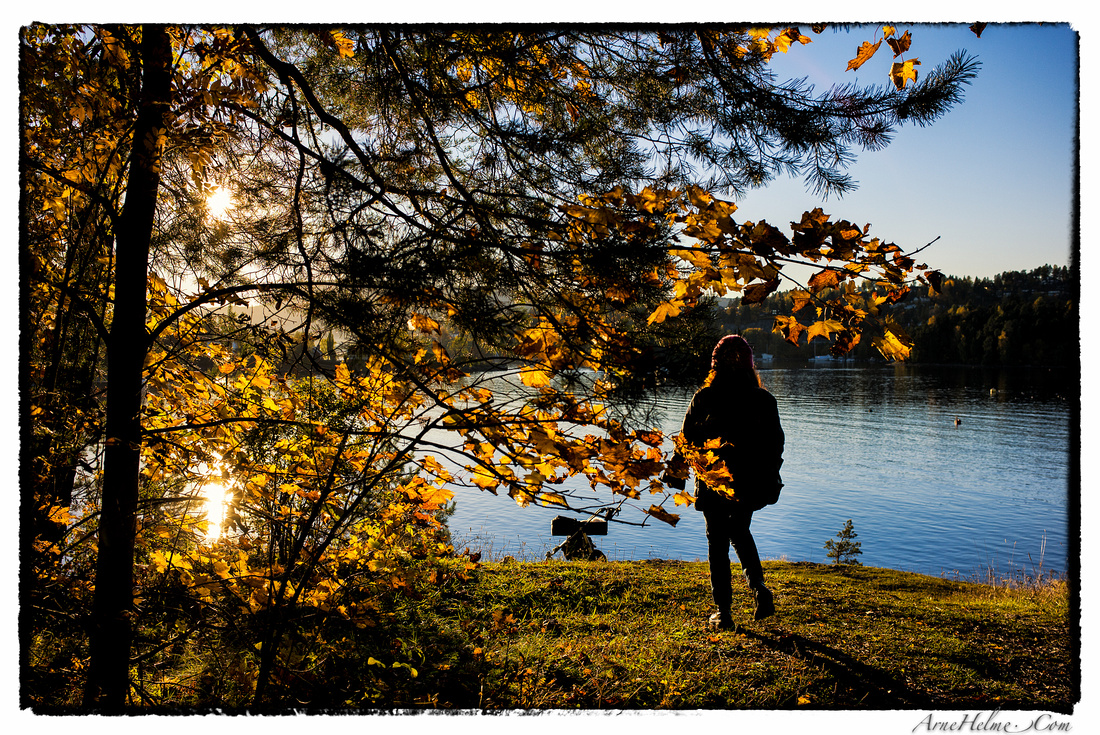 The Monet house can be seen and visited in Sandvika.  More information about the house can be found here: http://monethuset.no

The DN article (in Norwegian) with more photos from Sandvika can be found here: http://www.dn.no/d2/arkitektur/article1455236.ece