Noctilux- King of the light

Much has been written about the mythical Noctilux lenses for the Leica M system  Often referred to as the "King of the night" lens, it has since its very first introduction been viewed as one of the landmark lenses for available light photography.  The first Noctilux with a a maximum aperture of 1.2 was introduced in 1966 and in production until 1975.  It is sought after by collectors and therefore very hard to find second hand for anything but a very steep price.

The classic Noctilux 1.0 was introduced in 1976.  The lens was in production until it was replaced by the Noctilux 0.95 ASPH. in 2008. The special signature drawn by the classic Noctilux lens is considered by many to be the ultimate look for Leica photography.  For many years it was the reference against which all other ultra fast standard lenses were measured.

On my trip today to Oslo this morning I decided to spend some time shooting pictures near the National Theatre and the Parliament building. The photo below shows a statue of Norwegian writer Ludwig Holberg in front of the National Theathre building: 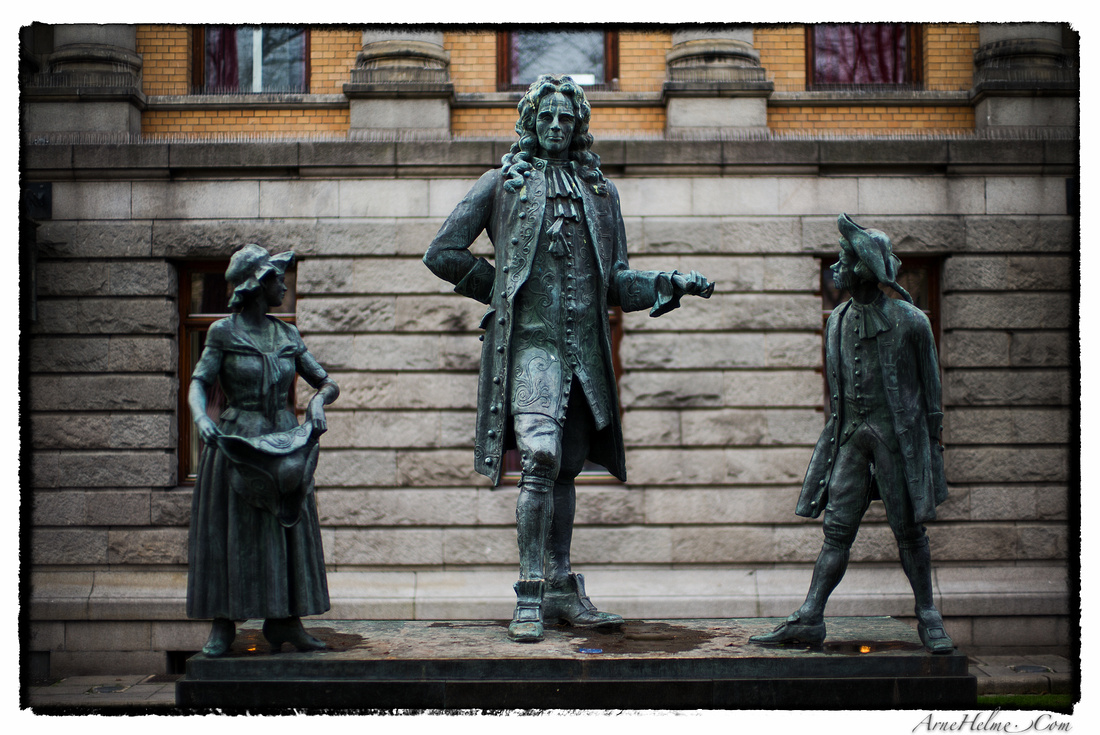 The photo below shows the statue of Norwegian actress Wenche Foss: 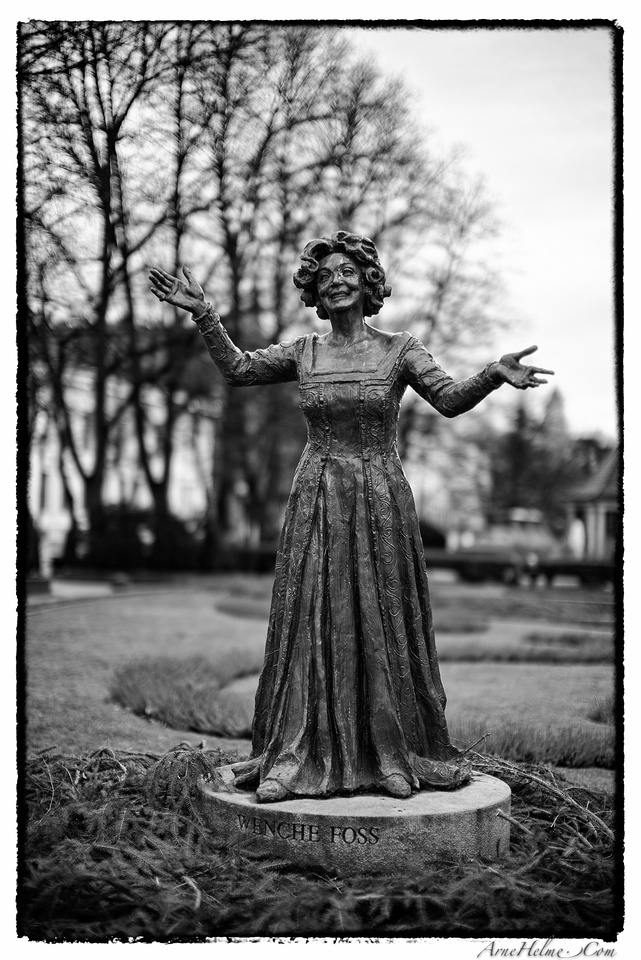 I have been fortunate to own several Noctilux lenses. First the classic Noctilux which I obtained back in 1998, and later I received the first Noctilux 0.95 lens to be delivered in Norway, in 2009.  Just like the Summilux 75mm les, which is also a favourite of mine, I have owned, sold and bought again these lenses, because of the regret I have experienced by not having them available.  The 3D rendering of these lenses is second to none, and illustrates the true potential that can be achieved using fast lenses.

The photo below shows a statue of Norwegian write Bjørnstjerne Bjørnson in front of the National Theatre: 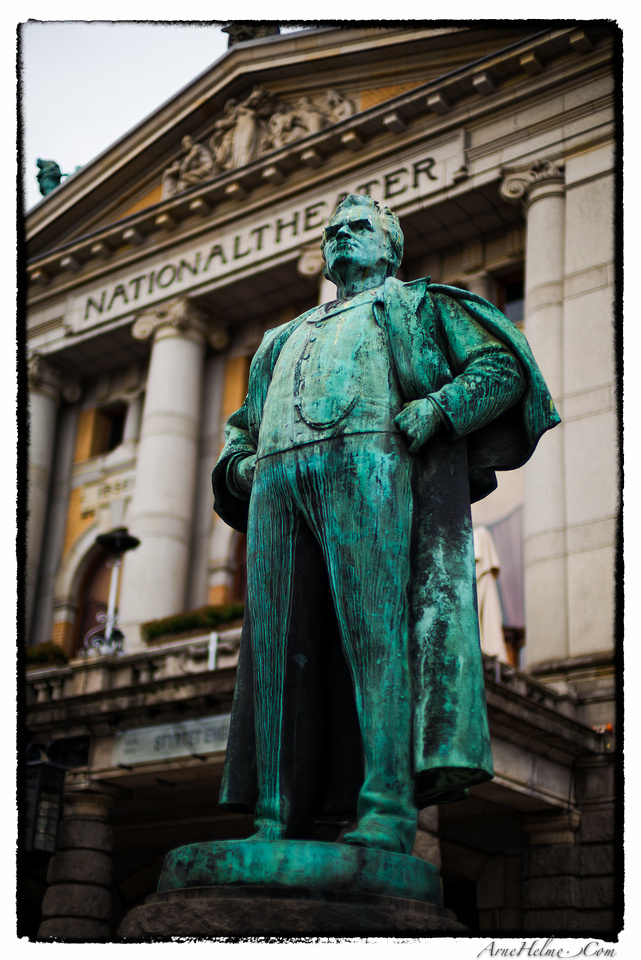 I prefer to call the 0.95 Noctilux lens "The king of the light". The high contrast and extremely narrow depth go field when used wide open makes the NX 0.95 a very fine lens to isolate subjects against the background - with a beautiful rendering of the out of focus areas.

Whoever put a statue of a fool in front of the Norwegian Parliament building must have a great sense of humor: 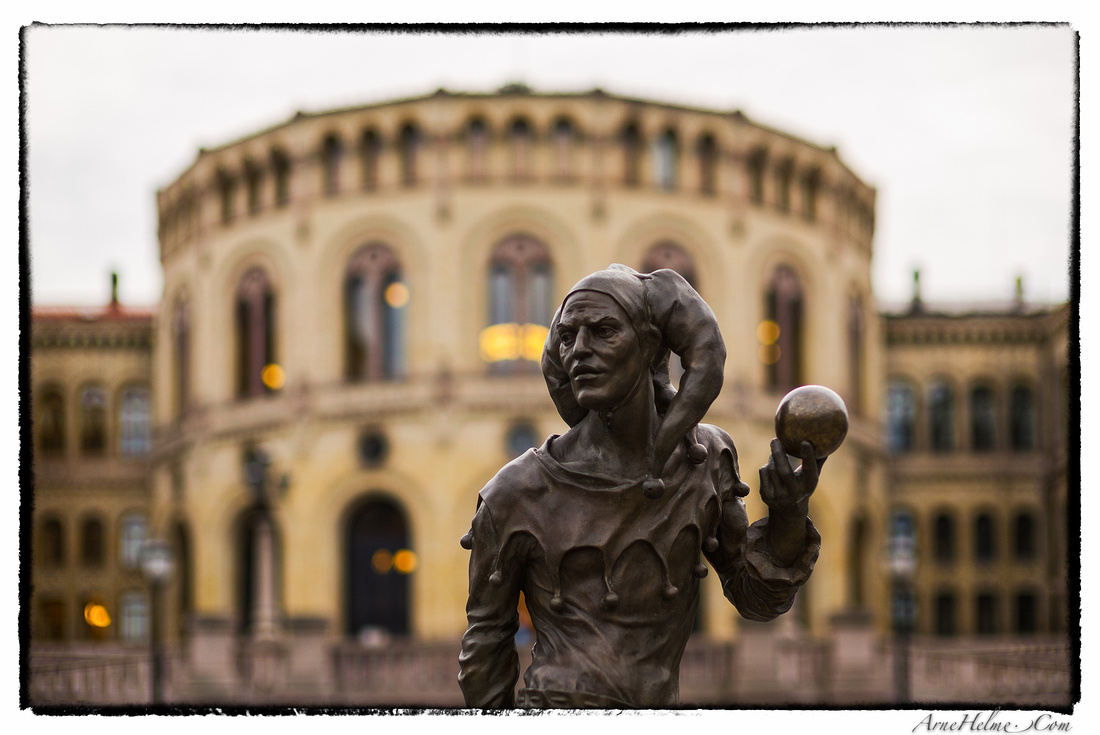 The photos shown in this blog entry were shot in Oslo today, the 16th go november, 2013, using a Leica M 240 with the Noctilux 0.95 lens.  All photos were shot using the Noctilux at its widest aperture of f/0.95. 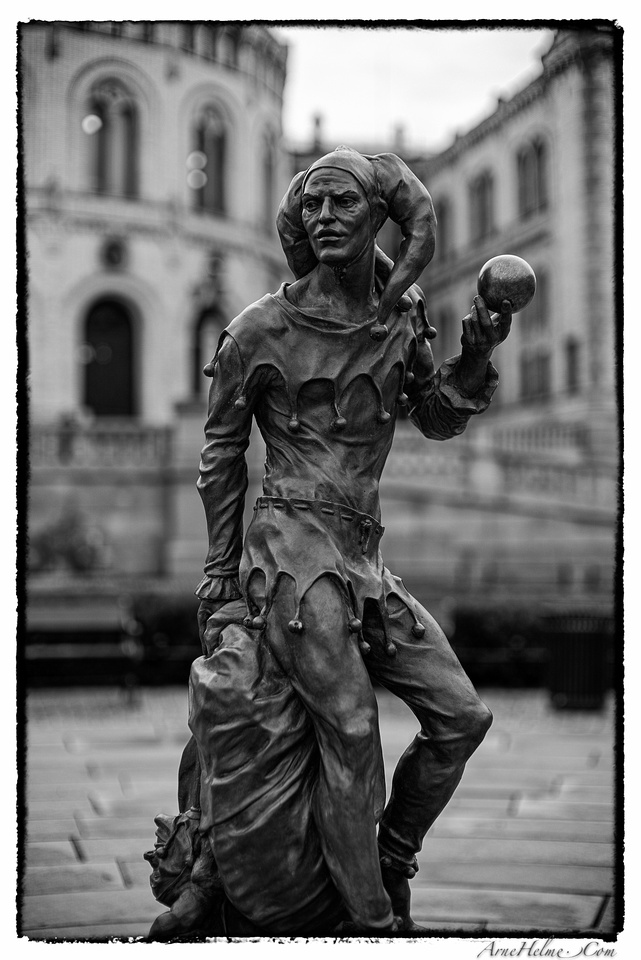 The photos show what can relatively easy be achieved using this lens. 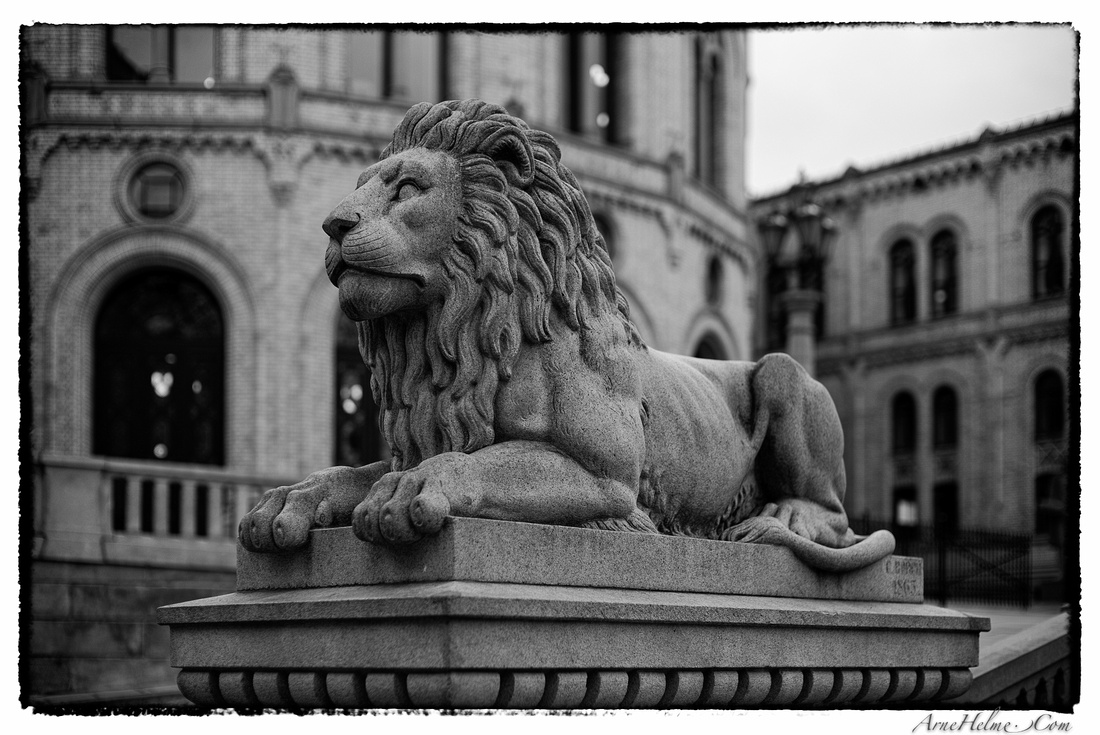 The picture below, shot at Karl Johans gate in Central Oslo, shows what can be achieved with the Noctilux 0.95 at full aperture and focus set at infinity.  Doesn't look like it was shot using an ultra fast standard lens, does it: 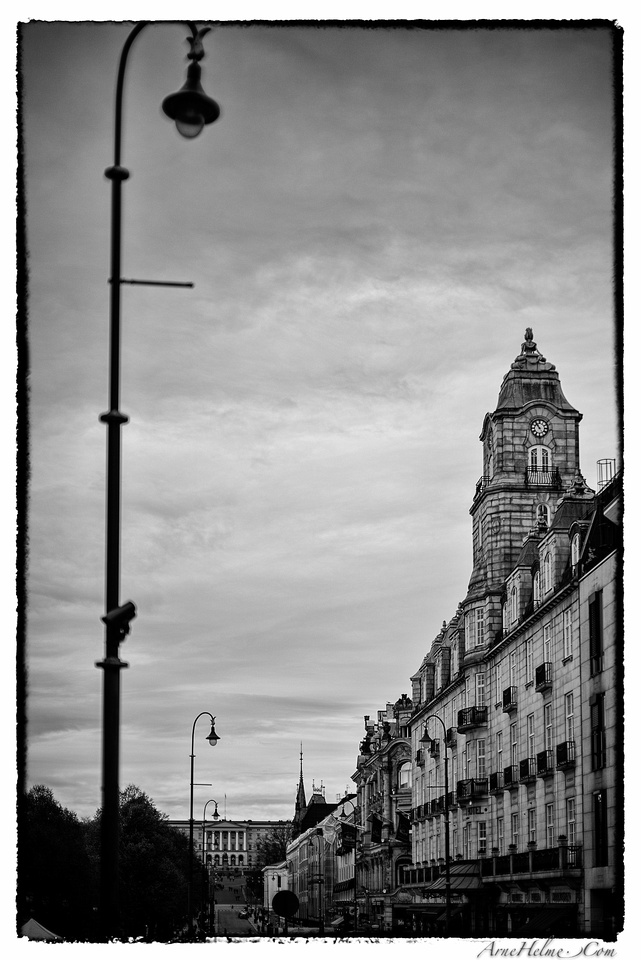